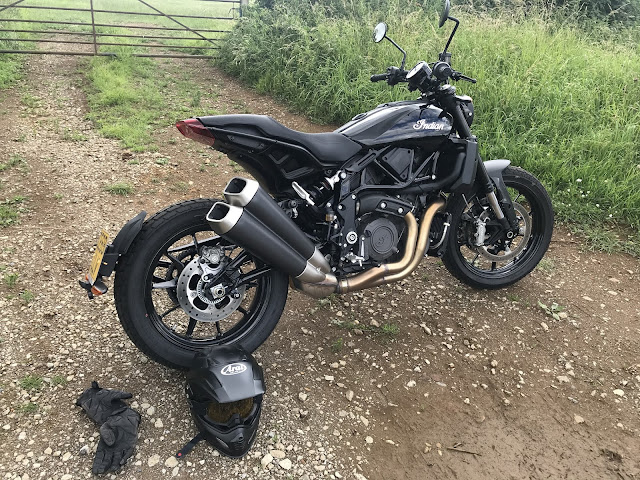 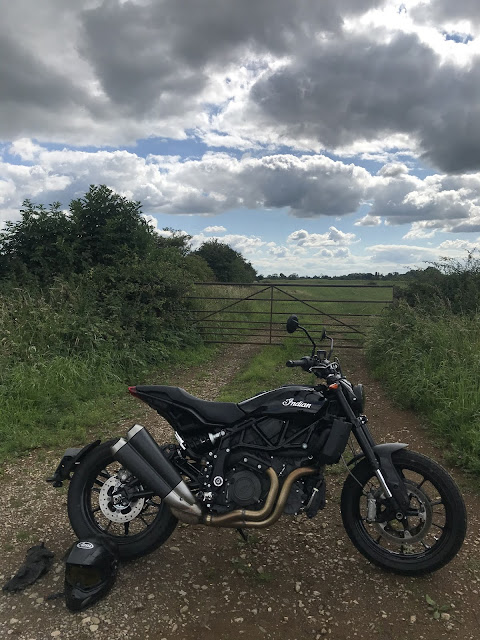 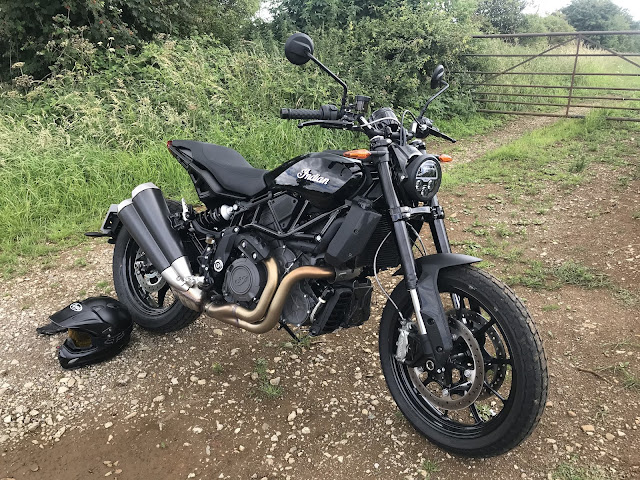 So, as you know something as trivial as money doesn’t really come into it, [‘there’s no pockets in a shroud’ ‘you can’t take it with you youth’ and all those other statements that justifies spunking hard-earned on motorcycles instead of ‘saving for a rainy day’ and all those reasons to scrimp and save instead of spending the fucker and enjoying it while you are still here.
I traded the Moto Guzzi and Srad 600 and with a little cash injection courtesy of Mrs B, sorted by some ‘creative’ financial juggling which, with hindsight,  would leave Robert Maxwell gasping for breath at its sheer inventiveness I am now the proud owner of a 2019 Indian FTR 1200.
But there’s more to the story. The bike was originally purchased by a newbie, direct access geezer. After riding a small capacity Honda commuter he decided to buy an FTR. The dealer tried to persuade him that it was the wrong choice and point him in the right direction. He wasn’t having any of it, macho pride getting the better of his decision, 300 miles later he was back begging to trade it for something a little more civilised. There are NO rider aids on this machine, no six-axis traction control, no anti-wheelie or any of the other safety net features that are standard on bikes today. It’s just you and you as the rider, there’s no ‘rain mode’ to soften the power delivery, nothing to rescue you and make life easy and to be fair to the P.O. This can be an intimidating thing, 123bhp and 80+ foot of torque are serious figures and definitely not a newbie bike.
This was my first ride out on the bike, it’s totally standard and I will give my considered thoughts when I’ve ridden it for longer than the quick 150 miles that I put in on Saturday afternoon, what I will say is that on my initial ride I was braying like Donkey in the Shrek movie. stay tuned fight fans.....,,,,,., 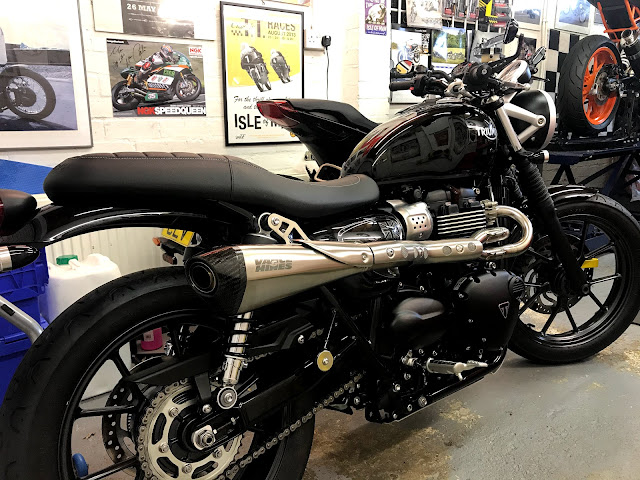 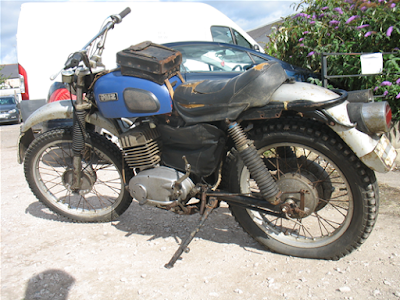